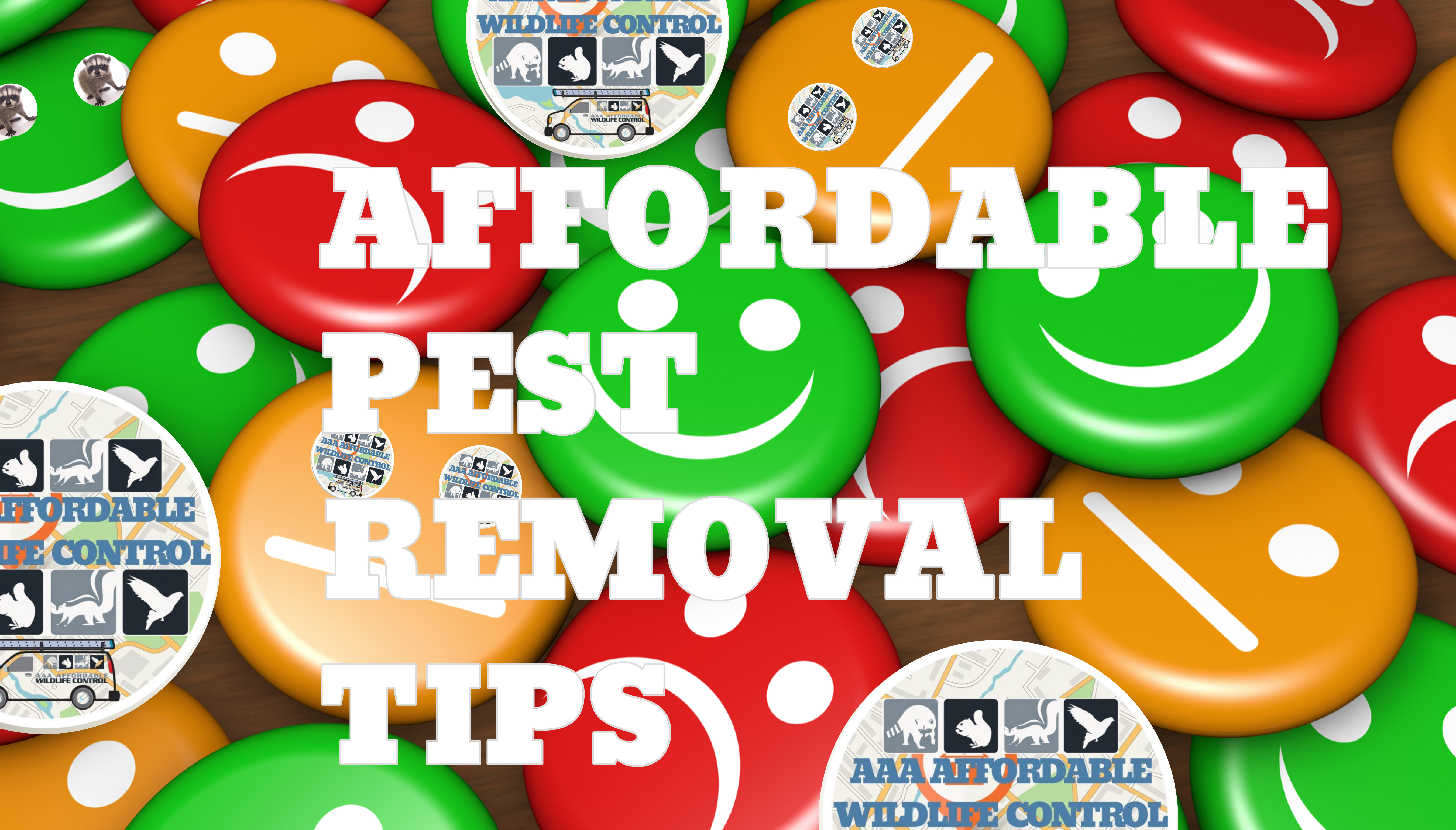 Rabies is a deadly viral infection that almost always proves fatal in the absence of prompt medical care. It can be transmitted via any bodily fluid of an infected animal, but most human cases stem from bites.

Post-exposure treatment will give you a good chance of recovery, but the necessary treatment – including thorough, painful cleaning of the wound and a series of injections – is not only unpleasant, it is often expensive. Some people even turn out to be allergic to the compounds present in the vaccine, which can further complicate treatment.

Accordingly, it is important for those living alongside wildlife to avoid potentially rabid animals and eliminate potential exposure entirely. But unfortunately, many of the species that carry rabies love to live around humans. Keep an eye out for the following species, and call a wildlife control professional if you notice them living near your home.

Foxes are among the most beautiful mammals inhabiting the forests, fields and swamps of North America, but they bring more than beauty when they venture into the suburbs.

Foxes frequently carry the rabies virus, and because of their close-knit family structure, they often infect their siblings, parents and mates. You may therefore have several rabid foxes living around your property, instead of a single individual.

Foxes are the most important reservoir for rabies in much of the south-central United States, but carriers exist throughout most of the lower 48 states. Although they may inhabit virtually any habitat they choose, foxes prefer to live along the boundary of two different habitats, such as a forest and a field.

Bats are one of the most common carriers of rabies, and most colonies have at least a few members that are infected by the virus. In some cases, the bulk of the colony will carry the disease.

Fortunately, bats rarely want anything to do with humans, and they do not attack people. Most North American bats feed on insects, and while vampire bats do feed on blood that oozes from bites they inflict, vampire bats rarely view humans as a viable food source – they are partial to livestock.

However, bats occasionally fly into people accidentally. When this happens, they may inflict scratches or bites, which could expose the person to the disease. Therefore, they should not be allowed to live near humans and should be relocated by competent wildlife professionals.

Raccoons may be cute and endearing animals, but they are important rabies vectors, particularly in the eastern United States and in recent cases near Toronto, Ontario, Canada

Like most other wild animals, raccoons will usually avoid human contact whenever possible. However, few wild animals have adapted to the suburbs as masterfully as these masked bandits have, so you probably have more than one raccoon living outside your home.

Additionally, raccoons often get into conflicts with domestic dogs and cats. If bodily fluids are exchanged in the fight, and your pet is not vaccinated against rabies, you could end up facing an expensive, difficult and heartbreaking problem.

3 Diseases You Can Get from Raccoon Poop

Did you know that you can catch a variety of diseases just from having raccoon poop on your property? It’s unfortunate, but it is true. Wild animals carry a number of sicknesses that humans are susceptible to, and they transmit these diseases in a variety of ways, including bites, poop, and urine. Four of the most common diseases you can catch from raccoon poop are salmonella, rabies, Leptospirosis, and roundworm.

Typically, raccoons like to relieve their bowels and bladders in the same area, creating personal bathrooms or latrines, as they are commonly called. Piles of urine-soaked poop begin to appear in these locations, increasing the risk of becoming exposed to one of four illnesses commonly transmitted through raccoon urine and feces. If you suspect raccoons are using your property as their personal living quarters, you can search beneath decks, around trees and stumps, and underneath patios and sheds for signs of their latrines.

If you discover a raccoon latrine, it is highly recommended that you hire wildlife control services to clean up the area for you. These professionals know how to contain airborne particulates and properly dispose of raccoon feces in order to minimize the likelihood of infectious transmission.

Raccoon feces often contain salmonella microbes that can unknowingly be transferred from your hands to your mouth. It is possible that you may touch raccoon droppings without becoming aware of it, or you may not have washed your hands as thoroughly as needed after cleaning up after a raccoon. Salmonella microbes can survive dry conditions, allowing feces to be infectious for a long time. Once you ingest the microbes, they become active, making you sick. Poisoning from salmonella microbes can lead to stomach aches, loose bowel movements, and high fevers.

Urine-soaked raccoon feces may contain the bacterium Leptospira, leading to an illness known as Leptospirosis. This bacterium is transmitted through a raccoon’s urine, which often contaminates the area this animal uses to relieve its bladder and bowels. If you unknowingly touch an area of the yard infected with this bacterium and fail to wash your hands as thoroughly as you should, it is possible for you to contract this disease. Leptospirosis is characterized by loose bowel movements, vomiting, high fevers, and an overall feeling of malaise. If untreated, this disease can lead to liver failure, meningitis, or a deficiency in iron levels.

If a raccoon is infected with roundworm, eggs often pass through the animal’s feces. Even if you do not touch the animal’s poop, you can still become infected with this ailment. Roundworm eggs are so light that they can float into the air, making it possible for you to inhale them. Roundworm parasites multiply quickly and can cause serious issues for humans such as comas and the loss of vision.

In their quest for food and water, raccoons often venture into yards and outdoor buildings. Even if you avoid coming into direct contact with these animals, you may become infected through their feces and urine. If your residential property is continually being invaded by raccoons, you may want to obtain raccoon removal services to eliminate this nuisance while minimizing your risk of becoming infected with diseases commonly carried by these animals.

Coyotes are iconic critters, originally native to the western United States; but they have expanded their range greatly over the last century or so, and they currently inhabit Canada & U.S.A

Unfortunately, this has led to a number of problems. Coyotes tear up lawns in search of prey, kill domestic pets and knock over garbage cans in the middle of the night. However, the greatest threat presented by coyotes is undoubtedly rabies. Coyotes are frequently found to be infected with the deadly disease, and from time to time, they infect humans.

Coyotes are sure to live alongside humans for the foreseeable future, so it is important to watch for signs of their presence (despite their preference for living in suburban areas, they are very secretive and often go unnoticed).

Skunks are notorious for their ability to spray foul-smelling fluids at perceived predators, but they frequently pack an even deadlier chemical concoction: Skunks are common rabies vectors, particularly in Midwestern North America.

Skunks are secretive animals, so you are more likely to notice signs of their presence than you are to see them with your own eyes. The most common clue indicating that skunks live near your property is usually a series of small holes dug into your lawn. These are created during the skunk’s nightly hunt for earthworms and grubs. You should contact a skunk removal company immediately if you suspect that skunks are living underneath something on your property.

Contact a wildlife control professional if you suspect skunks are living near your home, and follow their advice for dealing with these potentially dangerous creatures.

While rabies is a serious disease that should be avoided at all costs, there is no need for panic. Call an affordable wildlife control professional if you see bats, raccoons, coyotes, skunks or foxes living near your property, or if you simply suspect they may be living nearby. Usually, the critter in question can be relocated or removed, helping to keep you and your family safe.

4 Reasons Your Roof Could Be Making Odd Sounds

2 Replies to “Five Suburban Species Bringing Rabies into Your Backyard!”

This site uses Akismet to reduce spam. Learn how your comment data is processed.